Resmaa Menakem (he/him) joins the podcast to discuss how anti-democratic elements in America are inciting mass radicalization, widespread chaos, and a collective trauma response in tens of millions of American bodies. We talk about our bodies response to trauma and go through exercises of somatic practices to mobilize our healing towards the fight for justice.

We had this conversation on June 24, 2022, just a few hours after the decision to reverse Roe v Wade was announced. So, we get into that and it’s effect on Black bodies in America.

Buy audiobooks from Libro.fm using code ASITSHOULDBE at checkout to get 2 books for the price of 1. 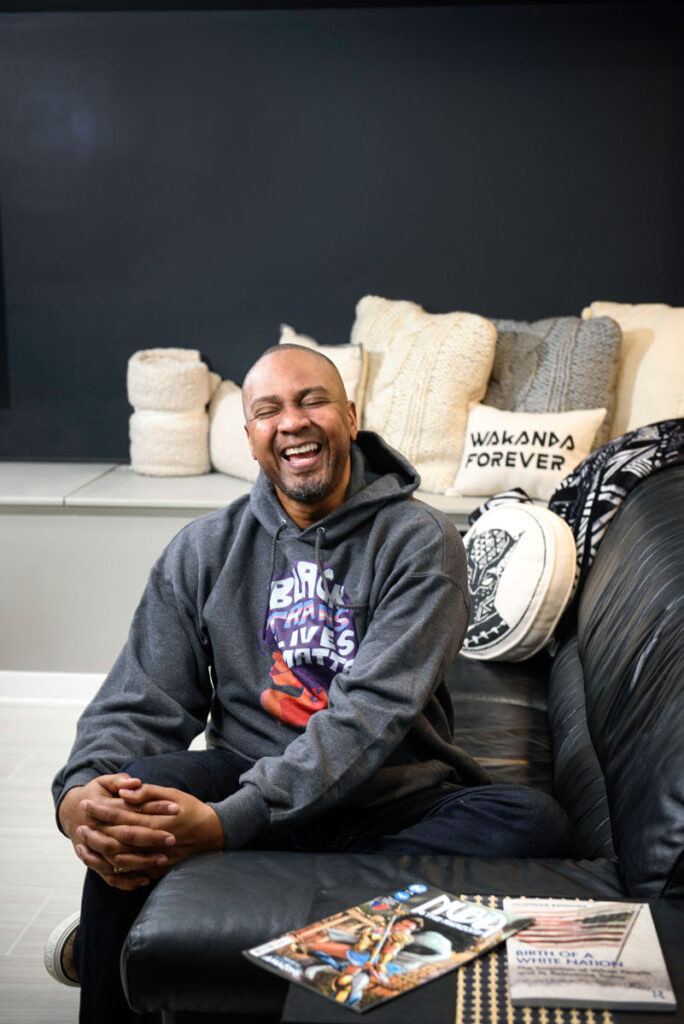 Resmaa (he/him) coaches leaders and people to rise through suffering’s edge. His work focuses on making the invisible, embodied and visible.

Resmaa Menakem is a healer, a longtime therapist, and a licensed clinical social worker who specializes in the healing of racialized trauma. He is also the founder of the Cultural Somatics Institute, a cultural trauma navigator, and a communal provocateur and coach.

Resmaa is best known as the author of the New York Times bestseller My Grandmother’s Hands: Racialized Trauma and the Pathway to Mending Our Hearts and Bodies, and as the originator and key advocate of Somatic Abolitionism, an embodied antiracist practice of living and culture building.

For ten years, Resmaa cohosted a radio show with former U.S. Congressman Keith Ellison on KMOJ-FM in Minneapolis. He also hosted his own show, “Resmaa in the Morning,” on KMOJ. Resmaa has appeared on both The Oprah Winfrey Show and Dr. Phil as an expert on family dynamics, couples in conflict, and domestic violence. He has also been a guest on Charlamagne Tha God’s Comedy Central TV program, Tha God’s Honest Truth, and on iHeart radio’s The Breakfast Club with DJ Envy.

Resmaa has served as the director of counseling services for Tubman Family Alliance, a domestic violence treatment center in Minneapolis; the behavioral health director for African American Family Services in Minneapolis; a domestic violence counselor for Wilder Foundation; a divorce and family mediator; a social worker for Minneapolis Public Schools; a youth counselor; a community organizer; and a marketing strategist.

From 2011 to 2013, Resmaa was a community care counselor for civilian contractors in Afghanistan, managing the wellness and counseling services on 53 U.S. military bases. As a certified Military Family Life Consultant, he also worked with members of the military and their families on issues related to family living, deployment, and returning home.

Don’t forget to subscribe, leave a review on Apple Podcasts, and share the episode with a friend, colleague, or anyone you think might enjoy it too.
Love the show? Join the Collective. The Collective is where we have monthly dope discussions with brave humans about the shit you don’t talk about in mixed company. You’ll also get exclusive access to watch live As It Should Be interviews to get the chance to get your questions answered by the guests live!

Twice a month I'll send you stories of people changing the world and steps you can take to help recreate the world as it should be.

I want you to be sure you're excited for these emails. Head to your inbox to confirm.